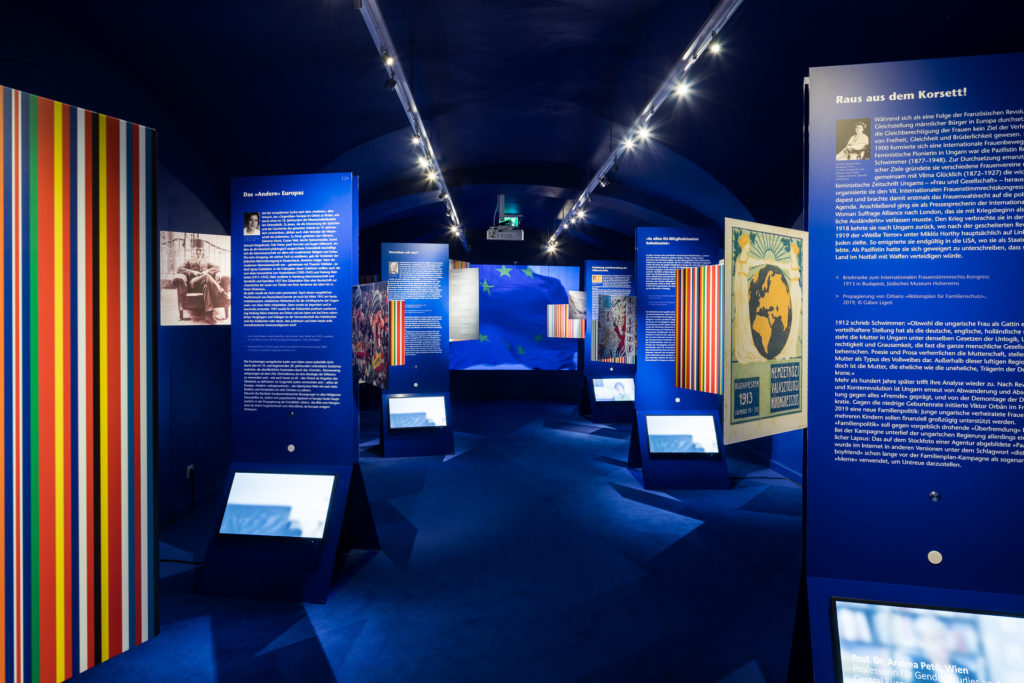 What was ‘Project Europe’ and what has become of it? And what will become of it? Has the European Union drifted apart even further in times of alarming global challenges—posed not solely by the Corona pandemic—instead of moving closer together? Are national interests increasingly pitted against European solutions?

Against the background of these questions, the Jewish Museum Hohenems looks at Jewish individuals who in the face of Europe’s devastations and the attempted annihilation of the European Jews in the 20th century transcended national and cultural borders, demanded anew the universal application of human rights, and vigorously pursued a European dream. Based on their commitment to a united and peaceful Europe, the exhibition examines at the same time the renewed threats.

For this look at European utopias and disenchantments, the exhibition starts off by recalling the powerlessness and by looking back on the history of violence of the 20th century, on wars, genocides, and civil wars in Europe and under the banner of European colonialism.

The European project has seen itself also as a comprehensive peace project not only in view of the almost inconceivable sacrifices the boundless violence of Europe’s “civilized” societies had exacted. Nowadays, the EU increasingly emerges as a defensive alliance, limited to security- and economic interests. Is Europe, therefore, doomed to fail?

If the booking is heavy, the tour will be conducted twice in a row.