European Diary, 27.1.2020: Today marks the 75th anniversary of the liberation of Auschwitz. Primo Levi, who survived the camp, has never been able to describe this “liberation” except in quotation marks. Four soldiers of the Red Army were the first people from the world “outside” who encountered him on January 27, 1945.

“They appeared to us as if the nothingness filled with death, in which we had been circling like extinguished stars for ten days, had acquired a solid center, a condensation nucleus, and so it probably was: four armed men, but not armed against us: four messengers of peace with peasant, childlike faces under their heavy fur hats.” At the sight of the camp survivors, they froze. “It was the same well-known shame that overcame us after the selections and whenever we had to witness an ill-treatment or endure it ourselves: that shame that the Germans did not know, that the righteous feels before a guilt that someone else brings upon himself and that torments him because it exists, because it is irrevocably brought into the world of existing things, and because his good will counts for nothing or not much and is powerless to prevent it.” This shame has also accompanied Primo Levi for the rest of his life.

When – four days ago – 50 heads of state met in Jerusalem at the Yad Vashem memorial, a day after a cocktail party organized for the guests by the mayor of Jerusalem, there was nothing, but absolutely nothing, of this shame. Only political calculation.
The Israeli prime minister and the American vice president used the “World Holocaust Forum” to declare Iran the greatest enemy of mankind. The Russian president, friend of the Iranian regime and at the same time of the Israeli hosts, used the day to declare his superpower the savior of mankind. The Polish president took the opportunity to stay at home offended, after the Poles had previously been told from Moscow that they were to blame for the Second World War.
Hardly anyone was interested in the last survivors of the Holocaust. Video recordings of them is what will remain in the archives.

PS: In the Jewish Museum Hohenems one can watch some of them and reflect on what remains of this legacy. The exhibition “End of Testimony?” will travel even further, to Flossenbürg and Munich, Augsburg, Berlin, Vienna and Frankfurt. 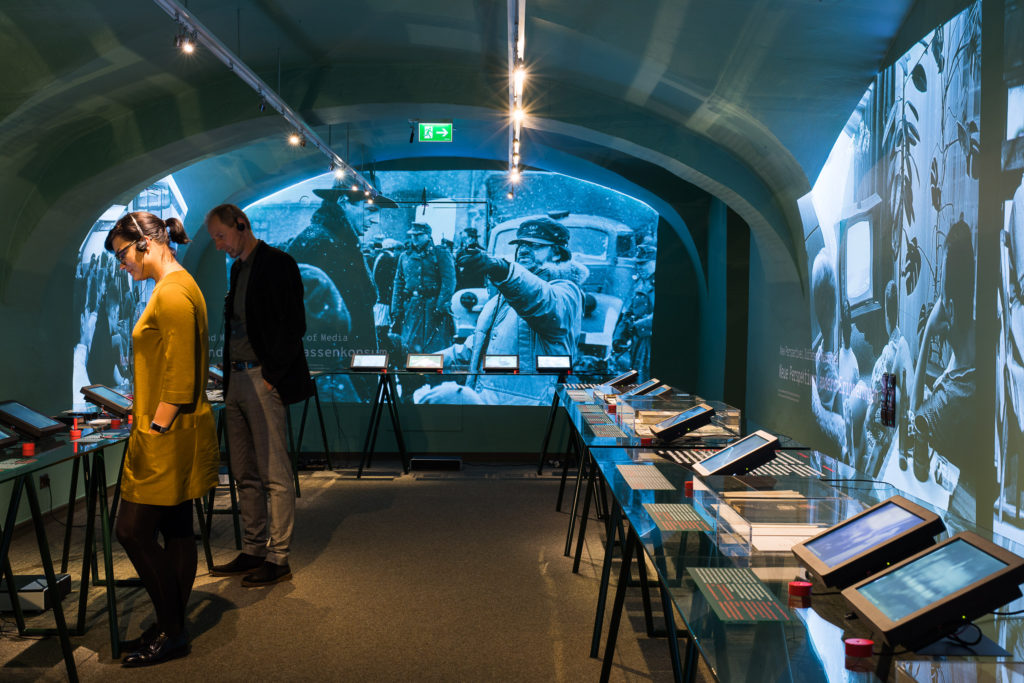